To Teach Their Own

“Mama,” says 4-year-old Ashlyn softly as she inches toward my bed. “Mama?”
“Mama, you awake?” says Bailey as she not-so-quietly closes the door behind her, stepping into my quiet retreat.
“Mama, can I come in?” Brooke says, not quite waiting for an answer. She’s holding her baby sister, Lily, in her arms. Plopping her down on my bed sends a silent signal to the others that it is now the appropriate time for them all to quickly scramble onto the bed themselves. The flag so-to-speak has been ceremoniously dropped.
Once snuggled in with my four youngest, thoughts of drifting back to sleep begin to fill my head… but not my reality.
“Mama?” Questions Sky, the oldest, poking her head through the open doorway and into my room. She too, does not wait for an invitation and climbs on to the bed, snuggling beneath the covers.
“Mama?!” This all-too-familiar announcement is followed quickly by a loud entrance into the fast-disappearing quiet that used to fill the room. My son, Landon, has entered. He, too, joins the throng of littles on my bed.
A quick glance at my phone tells me it is just now 7:02am. Ready or not, here we come…

And you know what? I wouldn’t have it any other way! I love my children. I love having a large family. My husband and I are truly blessed to have six little arrows to guide.

Sometimes I think I could easily do without the level of noise that accompanies the presence of 6 young children, but when I think of the alternative, the silence of emptiness and solitude, the cacophony of noise will win everytime. Two years ago, we attended a homeschool conference called Teach Them Diligently. (Check down below for a link to their website!) One of the speakers said something that really hit home. “By the time your children are 18 years old, they would have already spent 90% of the time they will EVER spend with you.” That means after the age of 18, only 10% of that time is left to cherish. Oh wow. I’m not sure about you, but that makes me sad. I know this is only a statistic, but still.

Until a few years ago, I never thought we’d homeschool. I was a public school teacher, bringing in a paycheck, and sending my children to daycare…just like everyone else I knew. There wasn’t really an alternative in my mind. And for many, there isn’t a realistic alternative; there are bills that must be paid. We are blessed to be able to make my husband’s income work for us. Not everyone has the means or opportunity. And obviously not everyone has the desire to school their children at home either. Like I said, it certainly wasn’t a thought that had entered our minds. We assumed our children would attend whatever school we taught at as they aged up into those grades. As we all know, God sometimes has completely different plans…

At the time we made the transition to homeschooling our children, I had found a place to teach that was perfect for our family in every way. I was teaching junior high science and history at a private Christian academy where I had phenomenal coworkers, and guess what? It had an attached daycare! What more could I ask for?! Our oldest was in Kindergarten where I worked, and we had four in the daycare/preschool. I was pregnant with our sixth. Being a full-time teacher, a wife, and a mother to five littles was stressful. Rewarding and adventure-filled, but stressful nonetheless.

With such a plateful I felt very divided. And if I’m being completely honest, I don’t think I was able to give any area of my life the time and commitment it truly needed. I was exhausted and running on fumes. After working all day teaching, I’d pick up my kindergartner, pull around to the daycare to gather my toddler and three preschoolers (and all their things), load them up into the van, and head on home. And when I casually wrote the words, “load them up” let us not get it confused with the truth. THIS IN AND OF ITSELF WAS WORK. At the time, I had to buckle four of the five into their carseats. Only one was independent in the task.

Once home, we’d unload, I’d cook dinner, and simultaneously, try to pick up the house. We’d eat dinner, have baths, read, and head to bed. The next morning we’d do it all again. I was spending more time with other people’s kids than I was my own, and it was showing. Especially my son. He wanted, no needed, more of my attention, and I wasn’t “present” enough to give it to him. I gave him all that my hectic schedule would allow. He was not thriving in his academic/social life, and needed a change. His behavior was unacceptable, and a change for the better did not look promising.

Landon had recently been diagnosed with Attention-Deficit/HyperActivity Disorder (ADHD), and we were navigating this diagnosis together. Calm one moment, upset and defiant the next. The sweetest boy could turn impatient, and unfocused in no time at all. Restless, he had a hard time being content surrounded by a classroom full of students. Not sure what to do, we continued in various coping techniques, trying one thing after another. Ever trying, but never succeeding. Until one day we were given an ultimatum: either he needs to immediately stop his new-found behavior, or he needs to find another place to attend school. Though it was a difficult conversation to have with the director, I do not fault her. How can I blame someone that is trying to do the best thing for ALL of her students? I know she loved my son, but it was clear to everyone that he would not improve overnight. We made the decision to pull him from his class.

The decision was not one we took lightly. His last day would also be my own. We would traverse this journey together. When I put in my resignation it was one of the hardest things I had to do in my adult life. Leaving a position that was so dear to me was difficult; it was a place I felt I was making a difference. But no matter what feelings I had when I left, the feelings I have now in no way compare. To see him today, you’d never grasp the difficulties that plagued us two years ago. He is bright, and confident. He is a builder, and an engineer. He is a sweet boy that needed more than the school and its large class-size could give him. Do we still have occasional problems? Yes. Are they to the level that it once was? A resounding “no” easily answers this question. Can we approach a rise in frustration/discontentment quicker now than anyone could just a couple of years ago? Yes. He is thriving in a small class. A class of six to be exact. (Baby Lily joined us a few short months after we made the decision to homeschool.)

When we started doing school at home, homeschooling had only just entered our radar, and it was a consideration for the future, not an option for the present. God gave us the push to start our homeschooling journey earlier than we ever thought we might. I am thankful for the opportunity to teach my children, for it wasn’t just my son that came home, it was all of our children. It was time to tip the focus, and put our children first. I never intended to homeschool my children, but God is good. It’s amazing seeing the things they are learning first-hand. I am more present for their firsts, and I wouldn’t have it any other way. Instead of teaching other people’s children, God opened the door to teach my own, and I will be forever grateful. 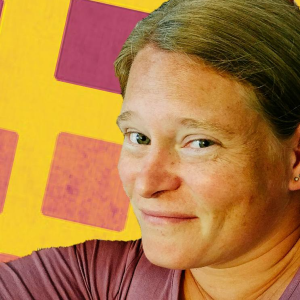